The Nizhny Novgorod Region is listed among the top ten tourist destinations in Russia and our guests may enjoy a vast range of excursion programs and tourist routes. The city of Nizhny Novgorod is the head city of Privolzhsky Federal District. UNESCO included Nizhny Novgorod (founded in 1221) in the list of 100 world cities with largest historical and cultural value. In recent days the city has gained even more popularity due to introduction of the National Unity Day (public holiday), as it was exactly from Nizhny Novgorod where the liberation movement started in 1612. In Soviet era Nizhny Novgorod (Gorkiy at that time) was closed for visitors due to secret military defense industry enterprises. For years the huge historical and cultural heritage was hidden from visitors but now the city is open and there is much to be explored. Nizhny Novgorod is geographically located in the heart of the North-South river corridor — from here you can go on exciting river cruises along the rivers Volga, Oka and Kama. The Nizhny Novgorod Region is known as the birthplace of more than 200 kinds of national arts and crafts. Golden Khokhloma, Kazakovo filigree, Gorodets, Semenov and Polkhovsky Maidan painting and wood-carving, Russian matreshka, Vorsma knives of stainless steel, Gorodets golden embroidery have become recognized all over Russia and are perceived as Russia’s visiting card abroad.

The Nizhny Novgorod land is proud of its old merchant towns – Gorodets (1152), Arzamas (1552), Balakhna (XVI), Semenov (XVIII), making it unique, the legendary lake Svetloyar and the town of Kitezh. A real Mecca for lovers of Russian literature and history is Bolshoe Boldino Village, the Pushkin family estate. It is the place where Alexander Pushkin created 50 of his best works –masterpieces of world literature. The Nizhny Novgorod Region is considered to be one of the most multi-confessional regions in Russia. It hosts churches of almost all Christian confessions, mosques and a synagogue. Twelve acting monasteries function in the region and among them are: Diveevsky (XIX), Makaryevsky (XVII), Pechyorsky (XIV-XVII) and Blagoveschensky monasteries (XIII-XX).

Our region has about 50 health resorts and recreation centers for all types of vacations. Nature lovers will surely admire our Kerzhensky national park which is one of UNESCO biosphere reserves. For extreme travel lovers, jet airplane flights on MiG-29 and MiG-31 are legally organized for tourists, as well as ekranoplan rides in the harbor of the Gorky Sea near the city of Chkalovsk. Nowadays the Nizhny Novgorod Region offers its tourists a new, high-quality and quite reasonably priced touristic product which includes famous historical and architectural monuments, unique landscapes and reserves, modern hotels, restaurants and cafes, comfortable transport, efficient guides and interpreters. 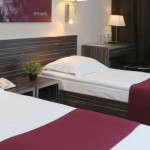